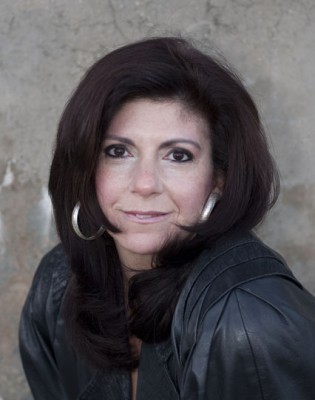 Carol Ann Manzi, the internationally acclaimed operatic soprano, is much in demand as a voice teacher and vocal coach. Students of all ages flock to her Voice Studio, where she creates a warm, nurturing environment. Here they find the freedom required for vocal development and authentic self-expression coupled with the discipline of the highest standards of vocal pedagogy.

Ms. Manzi’s innate knack for teaching was recognized early. When still an undergraduate student at Southern Connecticut State University, where she majored in foreign languages and minored in the Theatre Arts, she was invited to give classes to the entire music department on the use of the voice and opera. Soon thereafter, as a graduate student at Yale University’s prestigious School of Music, Ms. Manzi taught voice to undergraduates.

As a young professional, a few years after her graduation, in recognition of her vocal resilience and success in dealing with health issues for singers, she was invited to speak to Yale’s Voice Department on best practices in the care of the voice. This hard-earned honor followed many bouts of illness and subsequent treatments, during which she learned first-hand what really works in the care and preservation of the singer’s instrument.

Most recently (2013-2016) Ms. Manzi held the position of Artist-in-Residence for the Salem (Oregon) Catholic Schools Foundation, where she offered both instruction and inspiration to dozens of pupils. Her INSPIRE ENSEMBLE took a select group of youngsters (by audition) to Austria and the Czech Republic. Previously she served as Artist/Instructor at The Greater Hartford Academy for the Performing Arts in Connecticut, where she taught classes in opera, singing, and voice for actors. She has also served on the faculty of the Adult Education Division at Santa Barbara City College. In the spring of 2013 she was a Visiting Instructor in Voice at Northern Arizona University.

For over twenty years she taught privately in Connecticut, Florida, and Oregon. She continues her private studio teaching now in Southern California. She is in great demand as a coach for younger pupils preparing for major auditions, having given numerous master classes on audition techniques, performance deportment and correct repertoire choices. She has worked with some of the finest teachers, coaches, and directors in the world. Her master voice teachers have included Rita Patane, Arthur Levy and Doris Cross.

After five highly successful seasons at the Sarasota Opera as a principal main stage artist, the company invited Manzi to spend a season as director of its Youth Opera Program. For Connecticut Opera she toured as part of “Opera Express,” also bringing opera into schools and other venues on the East Coast. For Opera Santa Barbara, she has taught for two seasons in their “Opera in the Schools” program, bringing the joys of the human voice and opera to sixth-graders.

Ms. Manzi presented a master class entitled “The Color of Sound and Movement” for the SonneBlauma Dance Theatre in Santa Barbara, and was appointed to the roster of Big Thought – Dallas’s offshoot of the popular New York City based Young Audiences. For Big Thought, she made presentations to students in the greater Dallas area on the concept of “the color of sound.”

To her teaching Ms. Manzi always brings a gentle but firm approach. It is her goal to deepen students’ appreciation of the sheer joys of vocal music, no matter their age, no matter their level of talent or proficiency.

“Carol Ann is an outstanding teacher – extremely knowledgeable about all aspects of singing and yet compassionate and sensitive to the needs of every student. I’m thrilled to be working with her, and the Santa Barbara community is lucky to have her!” – M. D.

“I have been studying with Ms. Manzi for about two years. Friends tell me, to my amazement and delight, that my voice is developing nicely! Carol Ann meets me where I am and nudges me onwards with just the right amount of patience and perseverance. As a senior citizen, I marvel at her ability to teach this old dog new tricks. I’m convinced that she brings out the best in her students.” – T. H.